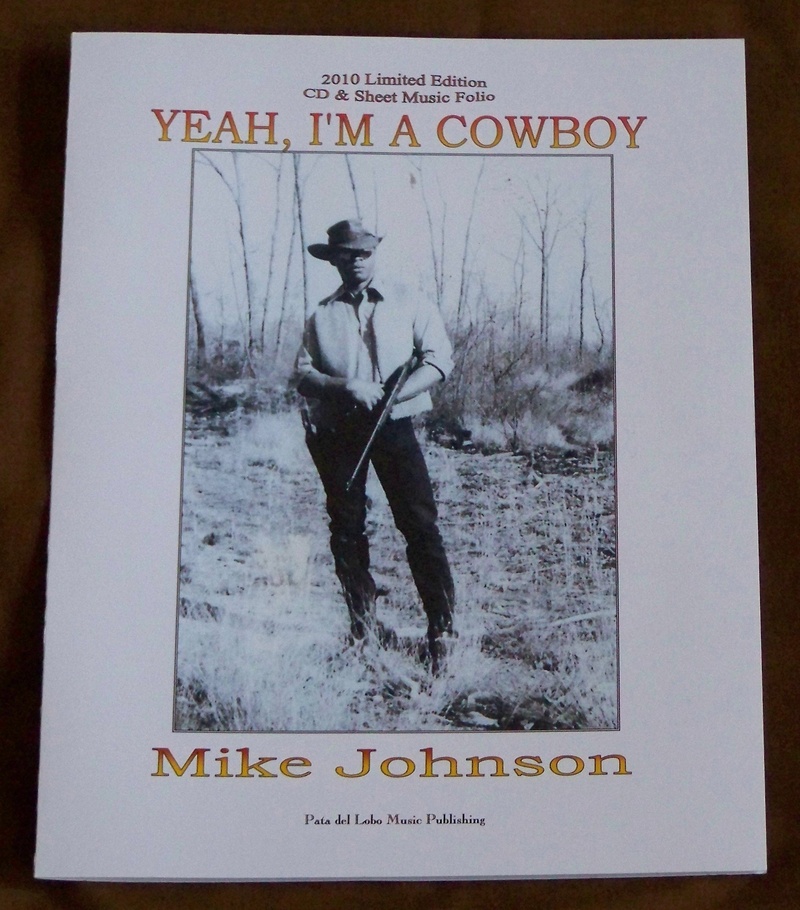 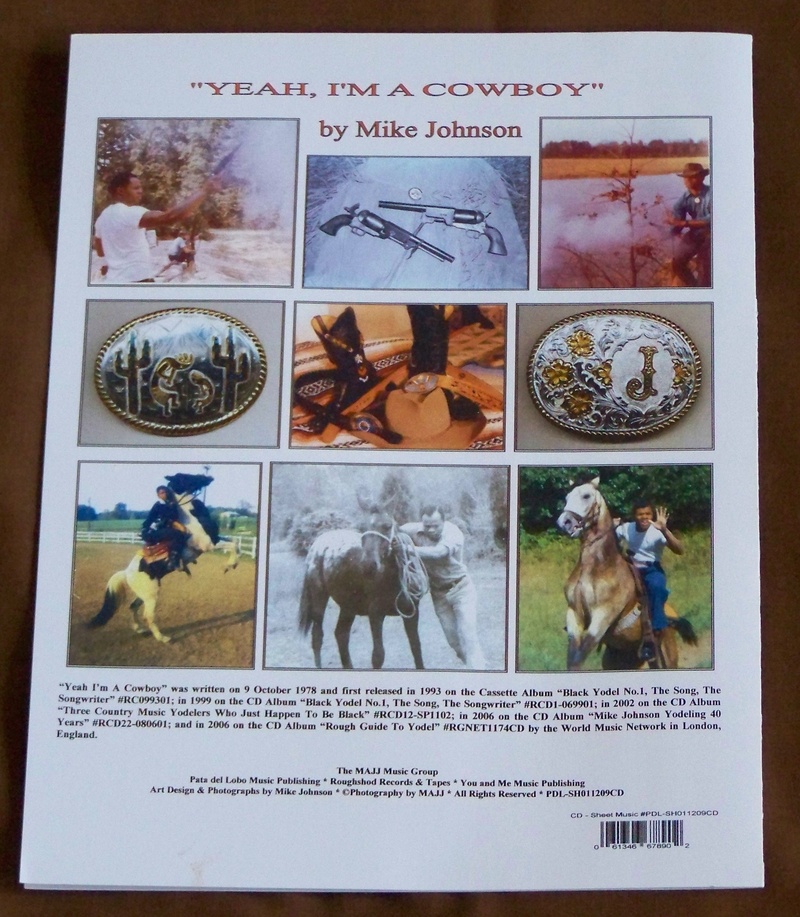 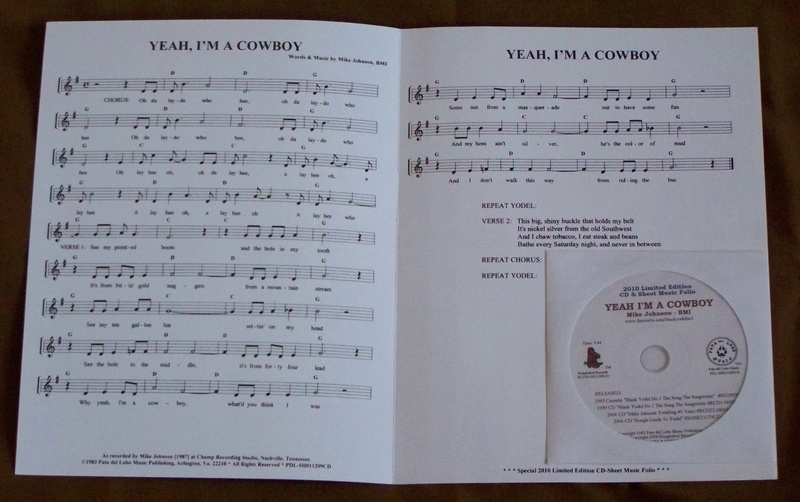 "Yeah I'm A Cowboy" was written on 9 October 1978 and published by Pata del Lobo Music in 1983. It was recorded in 1987 at Jim Stanton's [Rich-R-Tone Records] Champ Recording Studio in Nashville, Tennessee, and first released in 1993 by Roughshod Records on the "Black Yodel No.1, The Song The Songwriter" Cassette Album #RC099301. Then on the 1999 "Black Yodel No.1, The Song, The Songwriter" CD Album #RCD1-069901; the 2002 "Three Country Music Yodelers, Who Just Happen To Be Black" Special Projects CD Album #RCD12-SP1102; the 2006 "Mike Johnson, Yodeling 40 Years" CD Album #RCD22-080601; and the 2006 "Rough Guide To Yodel" CD Album #RGNET1174CD produced by the World Music Network in London, England.
Firmly established as Mike Johnson's most popular yodeling song by the "Rough Guide" release, we decided to give "Yeah I'm A Cowboy" our own special treatment by offering this Sheet Music-CD combination for the year 2010. Be sure to check out our Video version on our Youtube site. This new Mike Johnson songbook was published in December 2008, released in January 2009, and included in the Recording Arts Reading Room?s permanent music collection at the Library of Congress in Washington, D.C. on 17 July 2009.

This 22-song line-up contains some co-writes. Song No.21 was a poem written by his friend Leo P. Maimone that Mike re-wrote and then composed a wonderful score to. Songs No. 7 to 17 are original Mike Johnson songs that were re-composed by the late Johnny Meyer of Jupiter Records in Sheboygan, Wisconsin. Thus the "II" designation behind the titles. For a brief period in the 1990s Mike reached what he considered a stale point in his writing and in the process of experimenting with new arrangements and melodies for some of his old songs, he happened across Meyer [songwriter of "Shatzie" for Lawrence Welk] also known locally as "The Singin' Postman" [his day-job] and interested him in composing new melodies for these songs. Also included is a 3-page photo-enchanced highlight on Mike's music activities and his music discography.